Katy Winton and I first met properly in Manchester Airport in September 2012. By the time we arrived in Pakistan for the ill-fated MTB Tour of the Himalayas we had firmly established that we would be ‘tight for life’ (there’s nothing like a few shared near-death experiences to forge a friendship).

We like the same things and laugh at the same things; we have travelled together, shared stories, beds and breakdowns together; and, as 2013 proved, we both crash magnificently!

A year ago, I impaled my right leg with a Cypriot bush stump. Ten centimetres worth. I left hospital six days later with a twenty centimetre scar-to-be, some ghetto crutches and only a vague connection between my severed muscles and my brain.

Eight months to the day after my topple, Katy binned it big style whilst racing the Enduro World Series Finale in Italy. It wasn’t immediately obvious how badly she had injured herself (partly on account of the fact she rode to the finish of the stage, and then the next stage too), but four months later she has been in and out of plaster cast and is still not on her beloved mountain bike.

Our racing and training having been so rudely curtailed, Katy and I realised that we have another thing in common: we are overwhelmingly positive. Overwhelming in terms of overcoming negativity, rather than not feeling it.

I tend to deal with trauma by laughing about it.

There were a handful of pretty low moments in the days, weeks, months after my accident, but I am a very accepting person. It’s not so much that I look forward, I just settle myself quite nicely wherever I am, even if that’s in hospital attached to a plethora tubes. I joke about it. “What’s brown and sticky?”…

Being able to make light of having a significant part of Cyprus in your leg does help in many ways. However, settling is all well and good, but it doesn’t necessarily move you forward and it can blind you to reality. For me that reality was trying to race again. A regional cyclocross event in September. I returned as League Champion. I didn’t expect miracles, but I did expect to be able to finish. I had really tried to mentally prepare for a bit of a battering, but it was still a big old slap in the face. I was dejected, no matter how hard I tried to ignore it and reason with it.

I had to take the decision to not think about training and racing and just try and enjoy riding again. When I crashed in February I was stronger and faster than I ever had been. Hero to zero is a big step backwards! It’s so big it was kind of just like falling over, actually. No control, and you hit the ground hard. And it hurts.

It is not until I look back that I realise how affected I was. Not being able to ride my bike fast was really frustrating. To be honest it was completely shit. Really, really shit. I was scared that I was falling out of love with cycling. And then who would I be? …

Katy had already ridden the brink of falling out of love with cycling. It happened in 2012, before enduro rescued her. Then, and now, Katy is very logical, building pathways to progress in her mind. Sometimes (a lot of the time) she draws diagrams, mapping out where she wants to go and how she is going to get there. They both delight and worry me at the same time! If Katy has a plan, she’s a happy woman. But a plan is not always an easy thing to put into place, especially when what you love to do is race bikes but your wrist is all ruckled.

I asked Katy at what point it was time to buckle up and knuckle down with a plan. She explained that when she finally had the cast removed, she had to start looking to the season ahead. The time came to think about racing again. Katy had hitherto tried not to think about it; it was too big, too far away. She says, “at that point, when the cast came off, I needed to make it more manageable. Break it down. If it seems too big I just feel like running away”. A plan always comes together more easily when the parameters you are working within are defined. Katy’s wrist was still a variable and thus the plan was still a bit vague. As such, Katy has worked on a day-by-day basis. Small goals, small successes, small steps, but all in the right direction. She says, “un-met targets would make me very unhappy. Every day I try and see a positive”. As well as short-term targets, Katy is very aware of the bigger picture. Two words that cropped up time and again when we speak are ‘perspective’ and ‘priorities’. “My top priority is firm in my mind and that’s to not only race well this season but to be able to race for years and years to come, the only way I can do that just now is if I let this wrist heal properly. If I take the time now, it will pay off later”. There aren’t many grey areas with Katy, she is a ‘yes’ or ‘no’ kind of girl with little time for maybes. “I need to know it will work”. She needs confidence, not compromise. In terms of perspective it is a case of ‘it could be worse’. Despite putting on a brave front, Katy concedes that you do need to let your emotion out sometimes, you just have to keep the bigger picture in mind. It’s about being able to “snap out of that sadness”. That’s why Katy is working on one day at a time, looking at the positives at the end of each day and seeing success and progress.

A long term plan was not what I needed either. What I needed was not a plan. Not even a diagram! I needed to free myself from expectation and targets, and let recovery and rehabilitation take its own course. That was hard for me. I didn’t want to be weak, to give up, to surrender. Plus, despite the fact I take the piss out of Katy’s diagrams, I do like a good plan and some structure. We are very alike, after all.

One of the greatest things that made this lack of plan easier was Steve Grimwood from Elmy Cycles, who had kindly agreed to sponsor me in 2013. Knowing full well I had a well dodgy right leg, he sorted me out a teeny tiny Anna-sized cyclocross bike for the season anyway. I raced it once. That felt like such a let down. However, when I explained everything to Steve – that racing had set me back (my knee and hip, as well as the muscle, couldn’t take the strain) and that I needed to throw away plans of a comeback – he said this,

“Great to hear from you but so sorry to hear the leg is still playing up. If at some time near the end of the season you are strong enough to do a league race then great, if not, no worries it’s still good to have you about cheering on. Don’t rush off anywhere and just keep on mending, it will come back and the head will too when it’s ready. There’s no panic we will have lots of opportunities ahead I’m sure.”

At the time it was a huge relief to hear, and retrospectively I know it is the best thing that I could have heard at that time. Steve, thank you, you know how much I appreciate your support and understanding!

There have, of course, been a whole host of wonderful human pillars that have held me up when my usually so positive outlook has crumbled. And alongside those pillars of strength have been staircases of opportunities, and for all those who have held out a hand and helped me hobble up them, thank you, as well.

For Katy too there have been human beams and balustrades holding her chin up. The first name she mentions is that of her coach, G. She says, “We do what we can when we can. He is always there to say that it will be alright. He saved me last year and now we can work through a bad patch again”. From where I am sitting she has a pretty special partnership with G. When Katy needs to get from black to white, he seems able to form a bridge and help her over the grey area. Katy also mentions Greg, her boyfriend. She simply says, “he listens”. It helps that Greg understands how important racing is to Katy; he’s shooting for the same goal, living the same dream. Indeed, as Katy points out, being surrounded by like-minded people “keeps you in it, keeps you happy”. Some people need to escape a situation while they recover from a blow it dealt them. However, for Katy it focuses her mind on how awesome it will be to come back. She gets excited, not frustrated. “That is a big learning point: learning to make the decision to be happy”.

The fact Katy and I both injured ourselves several hours flight away from home is indicative of our love to adventure, explore, push a little further, do a little more. We aren’t too good at doing nothing. So we did something else. I took up cycling journalism and ultimately launched this website, and Katy started #hikinnotbikin and inspiring wee Scottish school children to embrace a healthy lifestyle as part of ‘Winning in Scotland Foundations Champions in Schools’.

“I have been running in full Iron Maiden “RUN TO THE HILLLLLSSS” style, this has been great help in keeping me positive and giving me an outlet! It’s been great fun, plus, shoes are a lot easier to wash than bikes ;)”

Having an outlet, a means to channel energy, has been so important for both of us. Katy said to me,

“I mean, although your injury was completely nuts and it has taken patience and baby steps in the right direction, you are getting there. And, you have set up the most awesome thing ever and started a whole new journey. Positives can come out of it. Some folk think it’s the end of the World. It really doesn’t have to be. You have to get your head out of the sand and open your eyes to other opportunities available while you recover.”

Crazy diagram lady makes a good point. When you are immersed in something, it is often hard to see that other avenues of awesomeness do exist. Being abruptly thrust out of something you love makes you put your head above the parapet, see new pathways, and take a shot at something new. When one door closes and another opens, it is not to say the first door is now locked. Admittedly, sometimes it does feels locked, but we know we just have to keep plugging away and building the strength until we are strong enough to force it open. It is not a coincidence that my two doors are just across the hall from one and other. My passion for cycling spilled across from riding a bike to writing about riding a bike. For Katy a passion for the outdoors, exploring and sharing the love has also been re-directed. That love, enthusiasm, determination and exhilaration you have doesn’t have to die.

So this is thanks to the support of the cycling world. To friendship. To keeping faith and coming back. 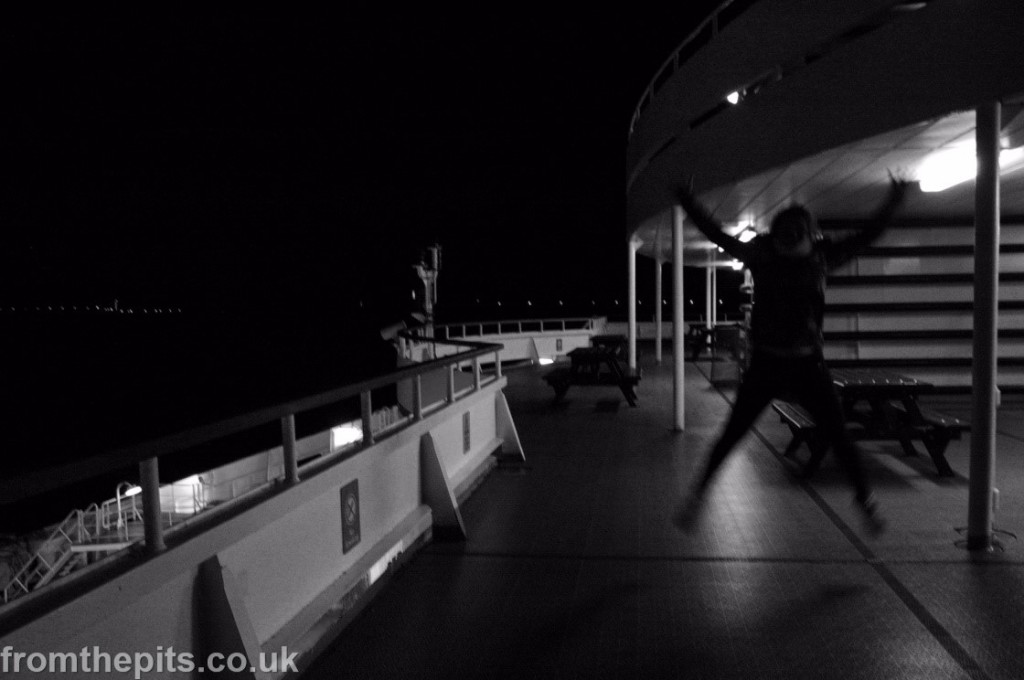 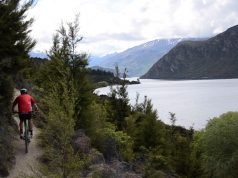 The New Zealand Adventures | One Day in Wanaka 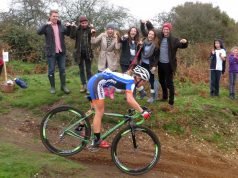